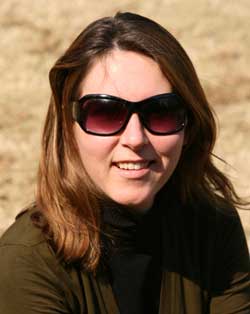 What is your name?
Hayley

What is your job title?
Communications Manager

What organisation do you work for?
Endangered Wildlife Trust

What languages do you speak?
English, Afrikaans

Please use this section to introduce yourself in more detail, adding any other relevant information not included in your previous answers. The site administrator will use this answer to decide whether to approve your membership
I manage communications for one of South Africa's largest conservation NGOs. We aim to protect biodiversity to the benefit of all people and have been in this business for 36 years. I would very much like to connect with other biodiversity communicators to maximise the impact that my organisation has in protecting biodiversity.

DWINDLING RIVERS AND ACTION TO RESCUE THEM

River systems have undergone more severe changes than any other ecosystem type in recent decades, primarily due to human activities. UNESCO’s Third World Water Development Report predicts that nearly half of humanity will be living in areas of high water stress by 2030. In water scarce South Africa, the Endangered Wildlife Trust is addressing the problem through its Healthy Rivers Programme.

The third edition of the Convention on Biological…

ALL EYES ON BIODIVERSITY - 10TH CBD CONFERENCE OF THE PARTIES

The 2010 target, adopted by more than 190 countries including South Africa, to “significantly reduce the rate of biodiversity loss”, under the Convention on Biological Diversity (CBD) in 2002, will be reassessed at the 10th meeting of the Conference of the Parties in Nagoya, Japan from 18-29 October 2010.

The Convention on Biological Diversity (CBD) is one of the most signed onto treaties in the world, and deals with the need to sustain the rich diversity of life on Earth. In 2002… Continue

Oceans cover 70% of the Earth’s surface, yet less than 1% of these critical systems are under any form of legal protection. The Convention on Biological Diversity’s (CBD) third edition of Global Biodiversity Outlook (GBO-3) indicates that the world’s marine ecosystems are in peril. Along southern Africa’s east coast, the Dugong is one marine mammal in urgent need of protection.