Fight for the Peruvian Amazon

Gathering the Food Growing at our Feet

After many years of studying invasive plant species in Patagonia, Argentina, Dr. Eduardo Rapoport, Professor at the Universidad Nacional Del Camohue, realized that many of the “pests” he was caataloging were edible. “I found that, especially in areas disturbed by man, such as roads, back lots, and gardens, there are a great deal of unintentional food sources.” As a result, Dr. Rapoport found himself looking at these “pests, invaders, and weeds,” in a… 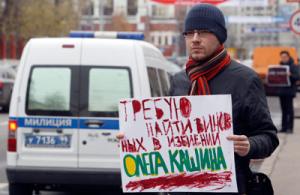 We protest against attempted murder and the…
Continue

“The idea was to bring a lot of expertise from the corporate world to help young social start ups,” says Fred
Rose when asked…

under the wings of an eagle

Amazon deforestation - reasons to be cheerful?

As the Brazilian president-elect Dilma Rousseff prepares to take up the reins of power in January, the news from the Amazon rainforest appears,
on the face of it, to be pretty good.

All the signs are that the official deforestation figures for 2009-10, due out in the next
few weeks, will for the second year running be the lowest since
satellite monitoring began in the late…
Continue

Slaughter of the Sirens

The record-breaking drought in the Amazon basin has led to "uncontrolled" hunting of one of the world's most bizarre and gentle aquatic mammals, the threatened Amazonian Manatee (Trichechus… Continue

A controversial story of destruction of Hirabari Satoyama was picked up by Der Spiegel and Japan Times in the middle of COP10.This Satoyama locates at right by Aichi Driving Center, only 30-minute car ride from COP10 venue is very compact in its size, 5hecters, but one can witness vast biological diversity. It was on Japanese media frequently in December of 2009, because Kawamura Takashi, the mayor of Nagoya city, picked it up to turn… Continue

Turning an Invasive Species into a Livelihood

In Kenya, for the over 5,000 people living in rural communities on or near its shore, Lake Victoria—the largest body of freshwater in Africa—is a life line. It is the main source of water for bathing, drinking, and cooking in the area and its fish populations… Continue