COLOMBO — When forest officer Anura Herath carried out a raid in July 2012, he was ready to seize high-value timber. But instead he discovered strips of blackish bark, stems and other wood chips in the possession of the men he nabbed.

Puzzled, he sought expert advice, leading authorities in Sri Lanka to their first look into the multimillion-dollar trafficking of agarwood.

Agarwood is a resinous wood from tree species in the Aquilaria and Gyrinops genera. The dark resin, secreted as a self-defense mechanism against fungi, bacteria or insect infestation, is highly aromatic, and the resin-suffused heartwood is a prized natural perfume.

Agarwood was traded across the ancient Silk Road for centuries, but demand had risen sharply in the past 30 years. Today, hundreds of tonnes of agarwood are traded annually, involving at least 18 countries, according to a report by the wildlife trade watchdog, TRAFFIC. 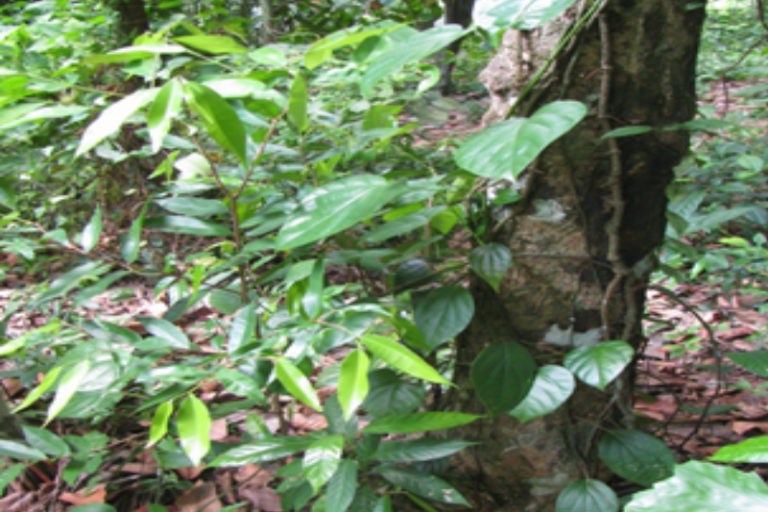 Malaysia, the global leader in agarwood exports, has overexploited seven of its 18 agarwood-producing native trees, now risking their extinction.

Similar overexploitation has occurred across other range countries, and in 1995, the Convention on International Trade in Endangered Species (CITES) listed the main agarwood-producing species, Aquilaria malaccensis, in CITES Appendix II, tightening trade restrictions. A decade later, all Aquilaria and Gyrinops species were listed in Appendix II, in a bid to better regulate the global agarwood trade.

But as with measures to clamp down on trade in other forms of threatened species, the practice has been driven deeper underground, says Sri Lankan botanist Suranjan Fernando.

“As there is a marked depletion in agarwood-producing trees in traditional range countries, the racketeers appear to have begun exploring new places and previously unknown species,” he told Mongabay.

Among these is Gyrinops walla, known locally as walla patta, which grows widely across Sri Lanka, including in home gardens.

With global markets being opened up for this high-value aromatic wood, an unprecedented level of harvesting has taken place in Sri Lanka. Only a small proportion of mature G. walla trees, probably less than 10 percent, have resin-suffused heartwood, but even young plants are being cut.

“Almost all the adult Gyrinops walla trees are removed in search of agarwood,” Nimal Gunatilleke, emeritus professor at the University of Peradeniya, told Mongabay.

In 1979, Gunatilleke joined a long-term project monitoring a number of forest plots around the world, with the findings updated every five years. The latest analysis, shared by Sisira Ediriweera of the Uva Wellassa University, showed that on the 25-hectare (62-acre) plot being monitored in Sri Lanka, all the mature G. walla trees had been removed. Only 71 sprouts, less than 5 centimeters (2 inches) in height, were found on the plot they monitored.

Conservationists, anticipating the threat to the species, had successfully pushed for its classification as “vulnerable” in the 2012 National Red List. “In recognition of the threat of excessive exploitation, the plant was so listed, even though it was a common plant in 2012,” Siril Wijesundara, coordinator of the flora section of the national red list, told Mongabay.

Since 2012, the Sri Lankan customs department has thwarted multiple attempts to smuggle agarwood. Samantha Gunasekara, a former head of the department’s biodiversity protection unit, told Mongabay that confiscated agarwood stocks were regularly auctioned by the department. The country’s doesn’t produce any farmed G. walla, but there’s a thriving collection from the wild. 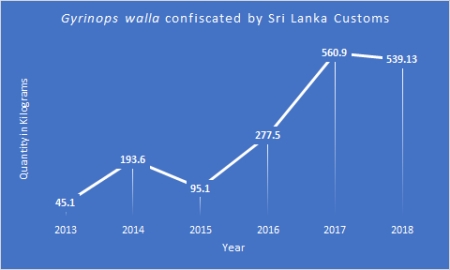 According to Sri Lanka Customs statistics, smuggling of Gyrinops walla has being increasing. Largest agarwood haul of 119 kg was confiscated on 14.04.2018 at Bandaranaike International Airport and the most recent smuggling attempt was thwarted on July 2019. United Arab Emirates (UAE) and India has been most popular destinations of agarwood smugglers. Source Sri Lanka Customs

“It is prudent to elevate the CITES trade protection level by enlisting Gyrinops wallain Appendix I to prevent its international trade, at least until farmed products are available in the market,” Gunasekara said.

Both Wijesundara and Gunatilleke agree. However, Fernando said he was opposed to any attempt to list G. walla in Appendix I, saying the collection and sale of agarwood benefited impoverished rural communities.

“Focus should be on home gardening and commercial scale gardening. Once listed under Appendix I, it will be difficult to downgrade when Sri Lanka is ready to export agarwood,” he said. 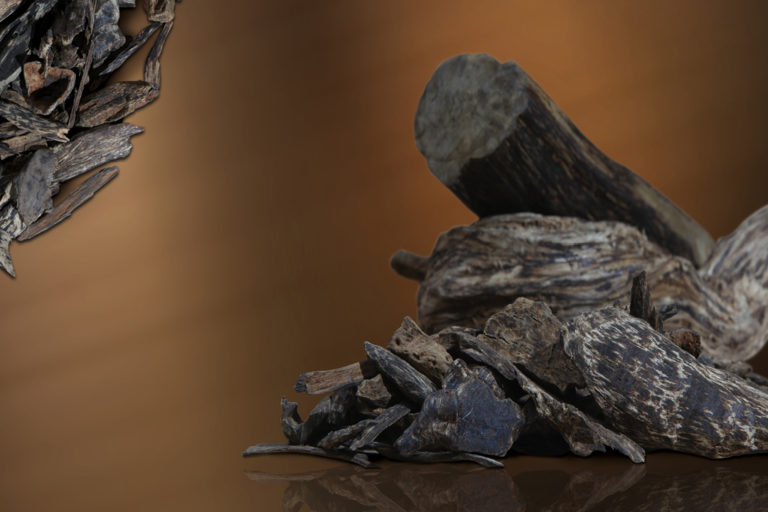 A consignment of first-grade agarwood kept on display at the museum of Sri Lanka Customs. Image courtesy of the Sri Lankan customs department.

The species is an understory tree that can grow even in home gardens. Botanists like Fernando are recommending domestication of the plant to reduce its harvest from the wild, citing the success of cinnamon (Cinnamomum verum), of which Sri Lanka is the world’s top producers.

“Cinnamon was earlier grown only in the wild and our ancestors collected wild cinnamon from forested areas,” Fernando and Gunatilleke said. “But once introduced to home gardens, resulting in commercial scale cinnamon plantations, it became an accessible commodity and reduced the pressure.”

Today, there’s no more harvesting of cinnamon from the wild in Sri Lanka, with all production coming from home gardening and commercial cultivation — a path that Gunatilleke said could also protect agarwood. 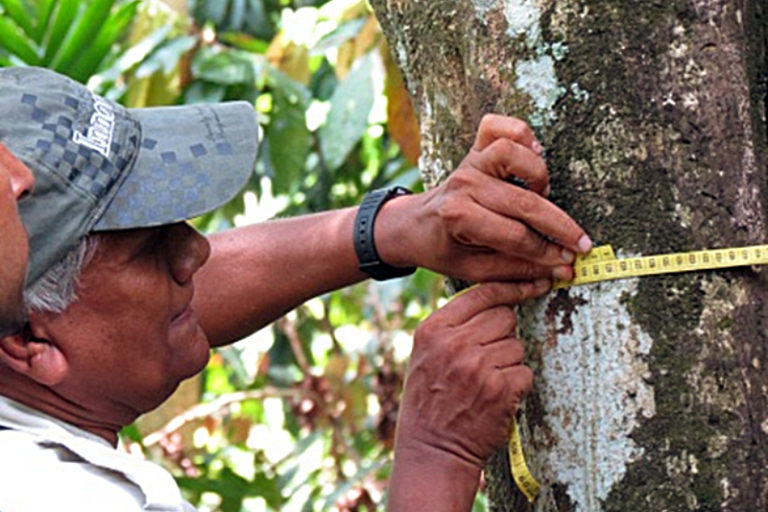 An obstacle on that path, however, is the lack of research into how to produce the resin efficiently. In the wild, the trees only secrete the resin in response to an infestation by bacteria, fungus or insects. What’s needed to help domestic cultivation scale up, said Fernando, is research into how to stimulate this response through the use of inoculants — the same way vaccinations in humans train the body to respond to a given disease.

Upul Subasinghe, of the University of Sri Jayewardenepura, is a researcher experimenting to find a viable inoculant that can trigger the production of agarwood. Working with the private sector, Subasinghe is trying to promote agarwood plantations islandwide. He agreed that the best method to protect the wild species is to farm them at a commercial scale. “The current mechanism,” he said, “does not allow export.”