What a historic day today in the Somali media activities as the Somali Media for Environment, Science, Health and Agriculture (SOMESHA) organized one day national media conference for expanding media coverage on climate change. 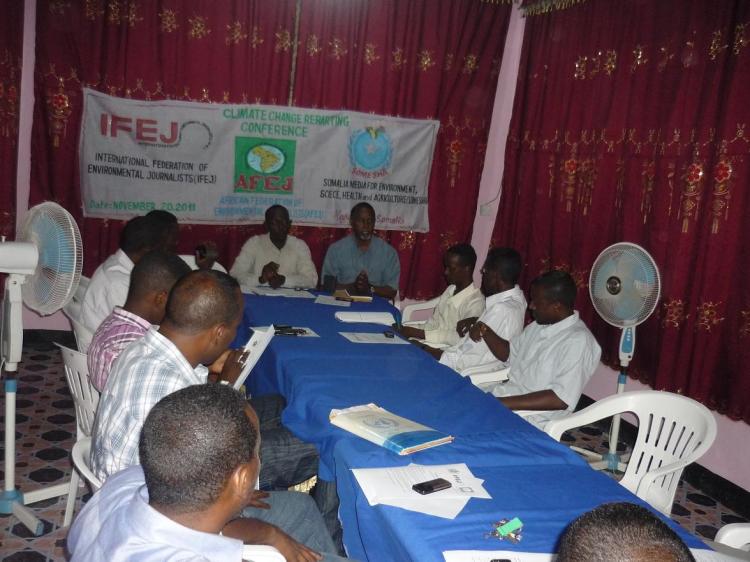 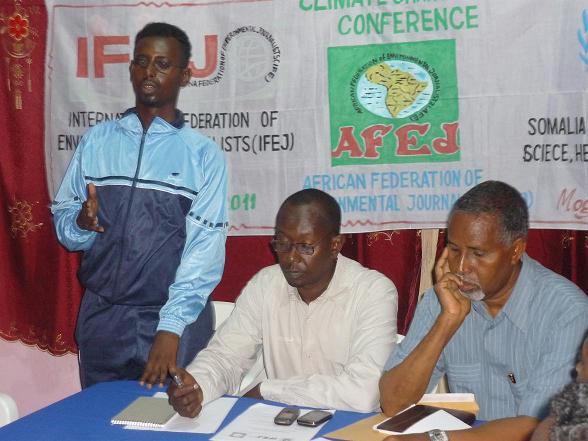 “We have the right to set up how we can play our role as there are a great many environmental journalists around the globe who continually face a struggle to fairly report on issues that should be disseminated to a wider audience”said Daud Abdi Daud, SOMESHA Secretary General 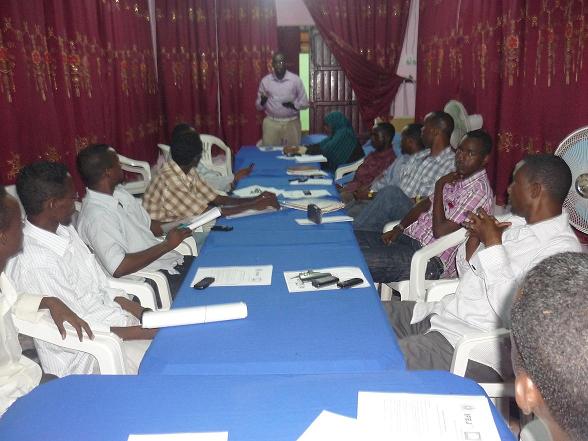 Abdulahi Mohamed Shirwa, who heads the National Climate and Disasters Management Network, also said “Now you need to express the destruction of your land as your people are continuing to die every hour due to famine although the famine displaced people started returning back to their home regions after rains started”.

Mr. Shirwa, also briefed the participants on the humanitarian aid that Somalia's national climate and disaster management agency has so far handled all over Somalia and its future plans to help the people affected by famine.

It was On July 20, when the United Nations declared a famine in two regions of southern Somalia owing to the worst drought in decades, and appealed for urgent resources to assist millions of people in desperate need of help. It is the first time since 1991-92 that the UN has declared famine in a part of Somalia.