A very unfortunate situation is developing at the Pavlovsk research station of the Vavilov Institute in St Petersburg, home of an important collection of agrobiodiversity. It is described here http://www.independent.co.uk/environment/nature/worlds-biggest-collection-of-berries-and-fruits-faces-axe-2011015.html. There's a suggestion for action here… Continue

rhino horns to be destroyed

We launched Sub Biosphere 2 earlier this week and the responce has been fantastic. It is the first self sustainable underwater habitat and is designed to be a global seed bank to safeguard Biodiversity. We would like to hear from you the experts about what you would safeguard.

Based on the successes Biosphere 2 project in the USA many years ago, please find a story that will hopefully restore some faith in British endeavours at sea.

The Sub-Biosphere 2 is the original self… Continue

In Anamaase, Ghana, the New Frontier Farmers and Processor group is led by the village’s chief. Osbararima… Continue

The Green Economy Coalition has today sent an open letter to the heads of states who will attend next week’s G20 summit in Toronto, Canada.

It calls upon G20 leaders to:

(1) integrate the value of biodiversity into national accounts, and to encourage the disclosure of environmental and social impact through environmental, social and governance reporting systems.

(2) reform all subsidies which encourage… Continue

Keeping Up With Nourishing the Planet 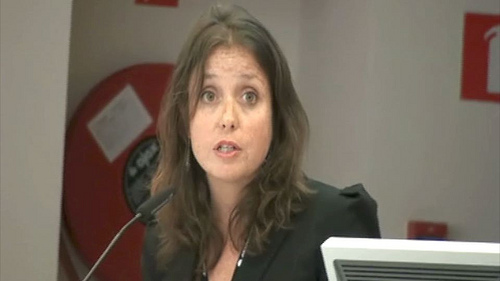 Almost a year into the Nourishing the Planet project, Senior Researcher, Danielle Nierenberg, has traveled to over 17 countries and visited 130 projects in sub-Saharan Africa.

Anyone who follows Brazilian public discussion over a long period will
be familiar with the Amazon conspiracy theory. To outsiders it seems
bizarre enough to be laughed off. However, its persistence and resonance
with a large section of public opinion (and political elites) makes it
no laughing matter for those Brazilians earnestly trying to move the
country to a new mindset regarding this environmental superpower's
unrivalled biological riches. Now a version… Continue

The biodiversity crowd continues to follow from the climate change blueprint, but couldn't they come up with a better name for the panel? :)

Our World 2.0 is the United Nations premiere blog exploring the interconnections between biodiversity, climate change, peak oil and food security. It is a solution focused blog, but illustrates how complexity we face since solving one problem (say peak oil by biofuels) can have an adverse impact on another (say loss of biodiversity and food).

You might find the Satoyama Initiative portal interesting. Contains lots of case studies. The portal was developed by the UNU Media Studio and UNU-IAS. It is funded by the Japanese Ministry of Environment.

The direct relation of human health with environmental degradation should be revealed by progressive interventions in bio diversity conservation efforts.

Now, here is a "cooperative" that seeks to address not only the economic and social, but also the environmental sustainability, in a living village model. It is called an Ecovillage. Cabiao, Nueva Ecija, Philippines is home to the country's first Ecovillage.

Named Tuwa (joy) The Laughing Fish Eco-Homestead, this Ecovillage serves both as an Eco-Bed and Breakfast and at the same time as a Sustainability Center, currently showcasing off-grid living. It was created by and founded by two… Continue

Reporting on biodiversity in Colorado

I'm a long-time environmental reporter based in the mountains of Colorado, where I recently started an alternative community news web site called the Summit County Citizens Voice, chock-full of news about conservation, restoration, wildlife biology and global warming.

Among other things, I report on forest conservation and wildlife issues, including the ongoing efforts to… Continue

Conservation and human rights: the need for international standards

Conservation doesn’t happen in a vacuum. In recent years, awareness has grown of the relationship of international conservation practice to indigenous peoples and local communities, and especially the links between conservation and human rights. The impacts protected areas can have on rural communities – such as evictions and lost access to natural resources – are now under particular scrutiny. Concern is meanwhile rising over the human rights implications of some climate change mitigation and… Continue

Theatres to show "The Cove" buckle under pressure

The Academy award winning documentary film, "The Cove" was set to be shown in theatres here in Japan starting this month. However due to mounting pressure and threats from right wing groups, theatres are buckling under the pressure and canceling their plans to screen the movie. While there are small lecture/screenings happening around the country, there have not been any, and may not be any mainstream events, except for the Tokyo International Film Festival last year. The Japanese protesters… Continue