A fully grown sloth bear was killed by a speeding vehicle near the 11th kilometre post on the Panama-Pottuvil road in Sri Lanka late last month raising concerns over the prudence of having public roads across biodiversity rich National Parks, while vehicles speeding…

It can be done: practical lessons from countries that have stopped deforestation

Reports on insufficient efforts to curb high deforestation rates in the wake of stalled international negotiations on how to reverse the trend mostly spell a bleak future climate for developing countries. Read how a new report sends out a clear positive message that the trend can be reversed and not only explains… Continue

Based on its wide experience and expertise regarding business and biodiversity issues, ECNC has now launched the European Biodiversity Standard (EBS), an independent tool for companies to assess, upgrade and profile their biodiversity performance.

Biodiversity and ecosystem services are vital elements for a growing number of companies. Worldwide and in Europe, the integration of biodiversity considerations in business operations is receiving more and more attention, as shown by the…

With all the news about Jellyfish swarms and mass plankton build up around global coastlines, can anyone explain what is happening in the marine environment that I can forward on to our global readership at www.cultureodyssey.com please?

Regional cooperation for climate change adaptation is must

Regional cooperation for climate change adaptation is a must. Coopeartion between country to country is also important to exchange data/ information on vulnerabilities due to climate change to let the world know and work. We can never support of givng lives of people due to negative impacts of climate change in any country. My country Bangladesh is one of the most vulnerable countries in the world and the people of this country have been facing many problems due to climate change. I urge the…

The Giving Trees: Five Trees You’ve Never Heard of that Are Helping to End Hunger

We know that trees can help mitigate climate change by sequestering carbon dioxide from the earth’s atmosphere. But what is less widely understood is how many of these trees can also help to bring an end to hunger and poverty.

Today, Nourishing the Planet takes a look at five varieties of tree… Continue

An independent study has revealed that Kenya was in-adequately adapted to deal with existing climate risks as the country faces heavy Costs from effects of climate change.

The immediate needs for building adaptive capacity and starting to enhance Climate Change resilience are estimated may cost Kenya between $100 – 150 million annually by next year -2012 , .

Kenya has been taking Clean Development Mechanism -CDM projects seriously since Kyoto Protocol came into being in 1997.

This is despite indications that the country was lagging behind in advancing to the category of nations with a satisfactory or good climate rating.

Kenya ratified the Kyoto protocol in 2005, paving the way for the country to engage with developed countries in CDM projects.

This comes as environmental experts list the country among the extremely…

This report was shot three days after the intense rain that flooded the whole of Lagos on 10/07/11. It rained for about NINETEEN  HOURS non stop and overwhelmed even the state government who thought they had an effective deflooding measure in…
Continue

Hi everyone, please take five minutes to review www.cultureodyssey.com where you can promote your (or your organisations) work to a Global community. This is your website, please keep the site updated as often as possible.

In 1997 a British barrister uttered three words that left my sister and me speechless and gave us a glimpse of the future.

As we walked along a road in Jersey, he stopped and asked: “What is that?”

His voice was more shrill than normal and his eyes were wide open. He looked like a child who had just seen his first rainbow.

As his arm stretched out to point at a bird that had landed nearby, my sister and I were stunned to realise that he did…

Featured on the weekly issue of the European Commission’s Science for Environment Policy DG Environment News Alert Service is ASB Partnership for the Tropical Forest Margins research that provides new perspectives to guide a wholesome approach to efforts on reducing emissions from deforestation and land degradation.

Between the Pylons of Long Beach Oil Rig 'Eureka]

Filming a Salp Chain Under a Long Beach Oil Rig

Agricultural production is only the first step in moving the world’s food from farm to fork, according to Nourishing the Planet, a project of the Worldwatch Institute. The other links in the food chain—harvesting, packaging, storing, transporting, marketing, and selling—ensure that food actually reaches consumers.… 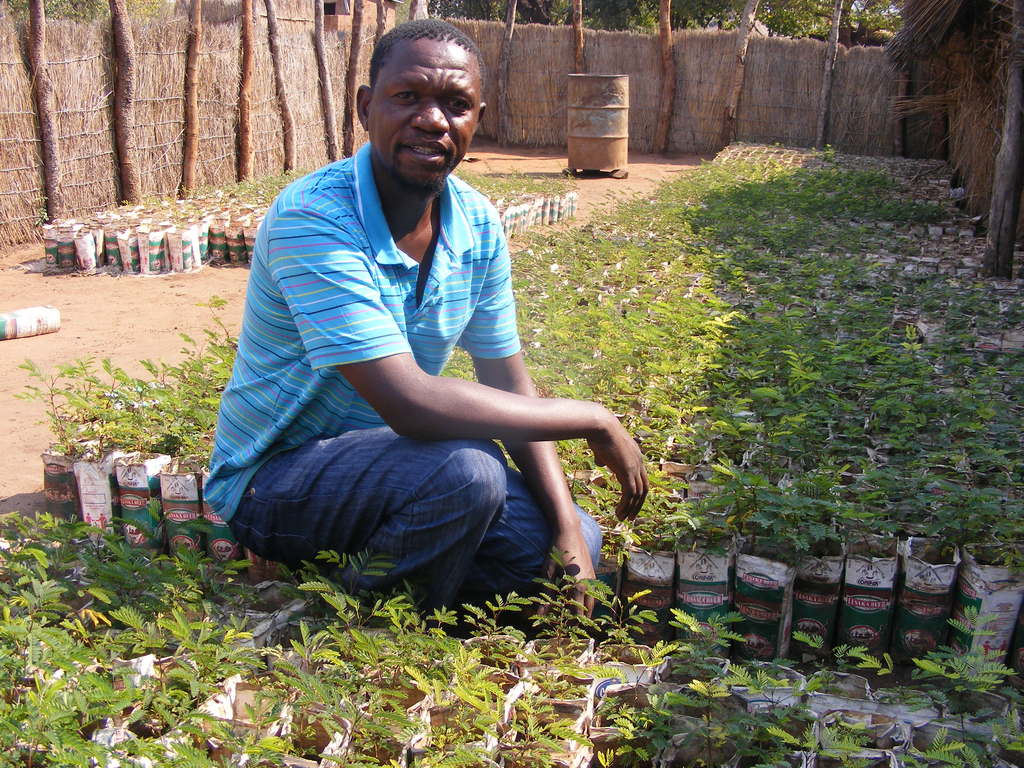 “ZAMBIA has approximately 50 million hectares of forest, with an estimated deforestation rate of 250,000 to 300,000 hectares per year.”
This is according to the United Nations Collaborative Programme on Reducing Emissions from Deforestation and Forest Degradation in Developing Countries (REDD+).
Undoubtedly, deforestation continues to be a big challenge in Zambia. The… Continue

As the global population increases, so does the number of mouths to feed. The good news is that in addition to providing food, innovations in sustainable agriculture can provide a solution to many of the challenges that a growing population presents. Agriculture is emerging as a solution to mitigating climate change, reducing…