Fire Emergency in BoliviaThousands of straws collected as waste

New species of monkey discovered in the… Continue

Wildlife trafficker kingpin Anson Wong arrested, need help to get the word out

Anson Wong, one of the world's most notorious wildlife traffickers was arrested yesterday at the Kuala Lumpur International Airport. Hope international media can pick up on this story so that he doesn't slip quietly out!
The story, broken by Malaysian newspaper the Star is here:…
Continue

The news that Norway has sold all of its shares in a Malaysian timber company it accuses of illegal logging has brought back memories of one of the best experiences of my life, and of a pair of sad brown eyes I wish I had not seen. Read the rest of my blog post at Under the Banyan.


The web site was launched in Sri Lanka during 2009,


This web site will be updated by volunteers ,…

As climate change worsens, and fresh water availability grows more erratic, the food security of small-scale farmers throughout Africa will increasingly depend on their water management abilities. Luckily, the tools for improving water management already exist. But, as a recent…

The story of the threatened berry germplasm collection at Pavlovsk in Russia is definitely going viral on the internet. Incredible coverage, most recently from VoA: http://www1.voanews.com/learningenglish/home/Housing-Plan-Threatens-Seed-Bank-in-Russia-101334344.html. There's a summary here:… Continue

Plants for the Planet - new campaign to promote plant conservation

‘Plants for the Planet’ is the new online campaign launched by Botanic Gardens Conservation International (BGCI) to raise the profile of plants in the biodiversity debate and demonstrate popular support for plant conservation. BGCI aims to show world leaders that people care about and recognise the fundamental importance of plants. BGCI will use the campaign to persuade governments to adopt a strong Global Strategy for Plant Conservation for the coming decade. Politicians, prominent figures… Continue

They kill environment journalists, don’t they?

Journalists face many threats for uncovering environmental abuses. Some more solidarity from their safer colleagues around the world would put the media spotlight on a growing problem that nations are obliged to tackle under the Rio Declaration they signed in 1992. Read the rest of this post at my new blog Under the Banyan.

Biodiversity and Climate Change Laws: A Failure to Communicate?

Professor David Hodas at Widener University - School of Law has produced a paper called Biodiversity and Climate Change Laws: A Failure to Communicate?

In it, he warns of a "significant risk" that national and international laws that aim to tackle either climate change or biodiversity in isolation could have perverse… Continue

Anyone interested in global dialogue on Biodiversity?
NHK is planning to broadcast the program featuring on Biodiversity on September 23 and now calling for Opinion. For detail, please visit the folowing web-site.
http://www.nhk.or.jp/wisdom/post_en.html

How to link ape conservation with poverty reduction in Africa

African countries with populations of endangered apes could do more to ensure that conservation activities bring benefits in the fight against poverty, according to two reports published this week by the International Institute for Environment and Development (IIED) and partners.

Innovation of the Week: Turning Agriculture into Gold

Before Kenya’s independence, the Migori District’s economy was driven by the Macalder Mining Company, the area’s largest employer. When the company shut down in 1966, it left behind a lot of abandoned land—and a lot of unemployed miners. These miners, some of…

Anyone going to UN High Level Meeting on International Year of Biodiversity on September 22?

Very curious to know if there's anyone going to UN High Level Meeting on International Year of Biodiversity on September 22.
http://www.un.org/ga/65/meetings/biodiversity.shtml

This report by UNEP/GRID-Arendal is a contribution to the UN’s International Year of Biodiversity and is a complement to the UNEP-hosted Economics of Ecosystems and Biodiversity (TEEB) which is bringing visibility to the wealth of the world’s natural capital. It documents over 30 successful case studies referencing thousands of restoration projects ranging from deserts and rainforests to rivers and coasts. The report confrms that restoration is not only possible but can prove highly…
Continue

International action on biodiversity - tell all your ecologist and conservationist friends

UNEP/GRID-Arendal's EarthWire Marine news service (http://earthwire.org/marine/) has been online for one year, and therefore we have made a quick survey to find out what its users - and even non-users - think about it. Please take the survey and help us improve the EarthWire Marine! It will take you 5 minutes or less, so you can do it in your coffee break.
Take survey here:…
Continue

Innovation of the Week: Handling Pests with Care Instead of Chemicals

Between the years of 1975 – 1976, the Cambodian farmer, Name Name, like most farmers in the country during that time, grew vegetables and rice to feed the soldiers of the Lon Nol regime.…

Can your Head of State answer these 11 questions?

Here is a golden opportunity for journalists worldwide to localise a global biodiversity story.

The UN secretary-general Ban Ki-moon has posed a series of questions to Heads of State or Government ahead of their big meeting on biodiversity at the UN headquarters on 22 September.

The questions are listed below and the full background paper is online here in various languages.

Boracay Beckons... this time a serious call for Conservation Action 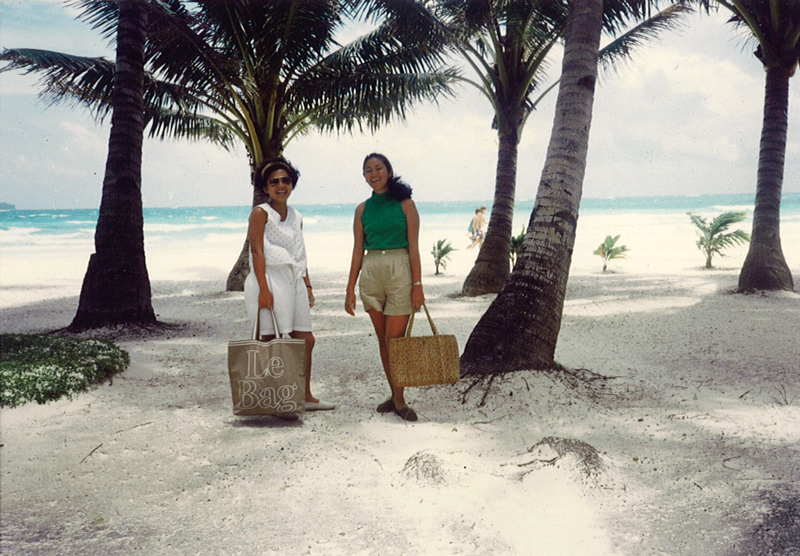 UN Secretary-General Ban Ki-moon has sent a background paper to the UN General Assembly ahead of its high-level meeting on biodiversity on 22 September 2010, at UN Headquarters in New York.

You can download the paper in various languages from this site, and read a summary of it… Continue