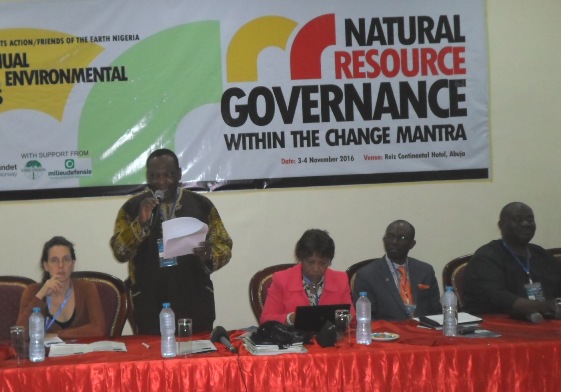 Paint hazards: How to protect women and children

Painting of a new house or repainting of renovated one has been an age-long practice globally. This practice which is carried out in order to put an astonishing beauty to the house could also pose serious hazard to human with children and pregnant mothers being more vulnerable. Paints contain four classes of substances (additives, resins, solvents and pigments) which can enter the body by inhalation, absorption through the skin, ingestion, and through direct… Continue

Global warming: How poverty supports the most dangerous kind of emissions

The role of poverty in many aspects of life is a well-documented chronicle which stares the world in the face. Poverty has immense contribution to gender imbalance, abuse of rights, inability to access good food, water, healthcare amongst others.
This time, poverty has revealed that its tentacles are also in control of the transport and power systems in some of the third world countries especially experimenting ones of Africa. Nigeria is one or perhaps the only country in Africa housing… Continue

Introduction
“The only strategy would be to make Africa believe that it is ravaged by hunger and could only combat the plague with supports that must come from external cabal forces. If that is achieved, then Africa is destroyed,” these were the lamenting words of Dr Olaseinde Arigbede, national coordinator, United Small and Medium Scale Farmers of Nigeria (USMEFAN) recently at a consultative meeting entitled ‘The Politics of Hunger’ which held in Abuja, Nigeria.
The… Continue

By Ugochukwu Chimeziri
A new investigative report by the International Consortium of Investigative Journalists exposes a wide range of tactics employed by the tobacco industry to undermine advances being made by the global tobacco treaty – Framework Convention on Tobacco Control (FCTC). Threats to health policy include aggressive lobbying and legal intimidation, to charitable donations and even outright payoffs.

Even as Parties- including delegates from Nigeria’s ministry of…

By Ugochukwu Chimeziri
Biofuels are failing Africa, in contrast to the many promises that fuelled their growth, a new report from Ethiopia claims today.
Launched recently at the UN conference on Climate Change in Cancun, the report "Biofuels - a Failure for Africa" from the African Biodiversity Network, Ethiopian Society for Consumer Protection and The Gaia Foundation, highlights the risks of relying on biofuels to bring climate and development benefits to Africa.
Examining…