In part one of this two-part interview, award-winning writer, activist and academic Raj Patel talks about food sovereignty and global agricultural policies.

Affiliation: Visiting scholar at UC Berkeley’s Center for African Studies, Honorary Research Fellow at the School of Development Studies at the University of KwaZulu-Natal and a fellow at The Institute for Food and Development Policy, also known as Food First.

Bio: Raj Patel has degrees from the University of Oxford, the London School of Economics and Cornell University, has worked for the World Bank and WTO, and protested against them around the world. He has testified about the causes of the global food crisis to the US House Financial Services Committee and is an Advisor to the United Nations Special Rapporteur on the Right to Food. In addition to numerous scholarly publications, he regularly writes for The Guardian, and has contributed to the LA Times, NYTimes.com, The San Francisco Chronicle, The Mail on Sunday, and The Observer. He is the author of Stuffed and Starved: The Hidden Battle for the World Food System and most recently, The Value of Nothing. 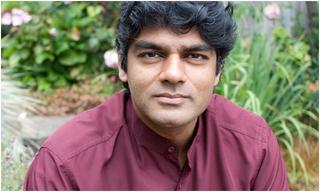 Can you please explain the concept of food sovereignty, and what policies and programs will help encourage it?

Food sovereignty is about communities’, states’ and unions’ rights to shape their own food and agricultural policy. Now that may sound like a whole lot of nothing, because you’re actually not making a policy demand, you’re just saying that people need to be able to make their own decisions. But, actually, that’s a huge thing. Because in general, particularly for smaller farmers in developing countries, and particularly for women, decisions about food and agricultural policy have never been made by them. They’ve always been imposed.

That’s why La Via Campesina, the organization that really invented the term, says that one of the visions behind food sovereignty is that food sovereignty is about an end to all forms of violence against women. That may sound something not at all to do with food, but of course, if we’re serious about people being able to make choices about how their food comes to them and what the food system looks like, then the physical and the structural violence to which women are exposed in the home, in the economy and in society, all need to be tackled. Otherwise we will continue with a situation in which 60 percent of the people going hungry today are women or girls. So food sovereignty, to boil it down, is really about power – who has it in the food system, and how to redistribute it so that those who have concentrated it, have it taken away from them.

In terms of specific policies, what Via Campesina are calling for is for agriculture to be removed from the World Trade Organization, which is a way again in which local countries’ sovereignty is already been given away. They also call for large corporations to be booted out of agriculture. There’s strong opposition to Monsanto for example, and the way that they’ve been behaving in many developing countries, and many Via Campesina members are campaigning against Monsanto in their home countries.
Will another Green Revolution or more food subsidies help reduce hunger?

To answer the question, let’s look at Malawi. It’s the poster child for what a new green revolution in Africa might look like, with widespread subsidies of inorganic fertilizer for farmers. When I went there, late last year, what you found was long lines at the gasoline pump, because all Malawi’s foreign exchange had been spent on importing this fossil fuel-based fertilizer. The country had bankrupted itself in order that it might be a showcase for the new green revolution in Africa. And of course, there are alternatives right there in Malawi, driven by farmers – invariably by women who are innovating around sustainable systems like poly-culture – growing lots of crops simultaneously together, building soil fertility for the long run.

What this shows is that there are some basic incompatibilities between varieties of ways of addressing agrarian problems in Africa. Some organizations, Worldwatch included, adopt a ‘big tent’ approach, in which solutions that keep the status quo but improve it marginally sit alongside far more radical approaches. Ultimately, you can’t promote genetically modified monoculture or techniques that make large-scale commercial farming less destructive at the same time as wanting something like food sovereignty, which calls for much more of a deeper structural rethink of the way the food system operates. Food sovereignty is about democracy in our food system so that everyone gets to eat – industrial agriculture involves a food system run by technocrats for profit. At the end of the day, you can have one or the other –not both.

How does global agricultural policy affect small-scale farmers across the world?

In general the policies foisted on developing countries through organizations like the World Bank is that large scale agriculture is the way to go: that small farmers are a relic of the past. They are of purely cultural significance but economically, socially, and agriculturally, they stand in the way of development. So the policies that are essentially designed to increase farm size and kick off rural populations to the cities are ones that you see in pretty much every country around the world. And yet of course, it is the poor in rural communities that are being forced to bear the brunt of these policies and these are the communities that are least able to afford it. And again – you can never say it too often – it is on women’s shoulders that the bulk of the pain of moving from agrarian society to a so-called modern industrial society one, falls.

For examples of agricultural projects that are helping small-scale farmers improve their incomes and livelihoods, see Innovation of the Week: Messages From One Rice Farmer to Another and Using Livestock to Rebuild and Preserve Communities.Ronit Ridberg is a Research Intern with the Nourishing the Planet project.Editor’s Note: Many thanks to Raj Patel for allowing us to profile him on the Nourishing the Planet blog. We’re a big fan of his work with Food First and promoting food sovereignty. While we’re grateful to Raj for highlighting the importance of protecting the livelihoods of millions of farmers all over the world, we would like to respectfully disagree with his suggestion above that Worldwatch has promoted “genetically modified monoculture” systems. Worldwatch has a long history of writing about sustainable agriculture systems that encourage crop diversity and support the livelihoods of small-scale farmers, including our early writing on the local food movement in Brian Halweil’s book, Eat Here: Reclaiming Homegrown Solutions in a Global Supermarket; our first-hand reporting in 2001 on why genetically modified crops are not necessarily the best, or most appropriate, or only available solution to agricultural challenges; and Danielle Nierenberg’s writing on the spread of factory farming into the developing world and how it could be stopped in Happier Meals: Rethinking the Global Meat Industry.This blog has taken a “big tent” approach, so to speak, in that we’ve featured many voices as we scour Africa for examples of farmers, scientists, politicians and others doing great work. This doesn’t mean we think all solutions are equally worthy of attention or support. In fact, we have tried to make clear in our posts that we think current investments in agricultural development are irrationally skewed towards crop breeding and big infrastructure projects, like dams for irrigation. Many of the innovations we have profiled—from low-cost ways to cut waste in the food system, to mixed-cropping systems with livestock, to farmer-organized marketing and research cooperatives—aren’t making “large-scale commercial farming less destructive,” as Raj writes. But, used widely, they could change the very structure of the food economies throughout the world. And that’s what will successfully eliminate hunger and poverty.
Thank you for reading! As you may already know, Danielle Nierenberg is traveling across sub-Saharan Africa visiting organizations and projects that provide environmentally sustainable solutions to hunger and poverty. She has already traveled to over 18 countries and visited 130 projects highlighting stories of hope and success in the region. She will be in Burkina Faso next, so stay tuned for more writing, photos and video from her travels.If you enjoy reading this diary, we blog daily on Nourishing the Planet, where you can also sign up for our newsletter to receive weekly blog and travel updates. Also, please don’t hesitate to comment on our posts, we check them daily and look forward to an ongoing discussion with you.