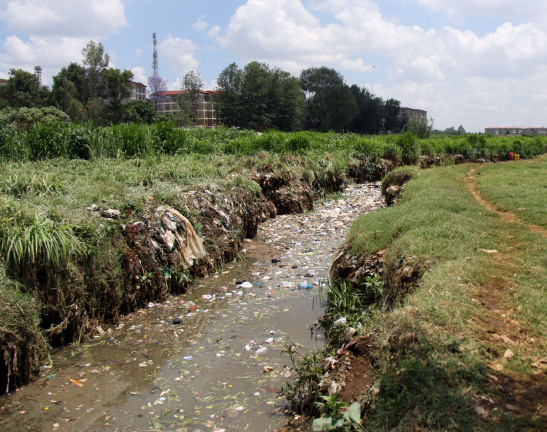 According to United Nations Environmental Programme (UNEP), “drinking contaminated water kills more people than all forms of violence including wars.”

Diarrhea kills 2.2 million people per year.  1.8 million Children under five years die each year due to water-borne diseases. This is equivalent to one infant in every 20 seconds.

Almost all dirty water produced in homes, businesses, farms, and factories in developing countries is washed into rivers and seas, which happens to be a key source of drinking water.

The findings were presented during a three-day conference held in Nairobi-Kenya to coincide with the annual focus on clean and sustained water supplies for a human population expected to grow by 50 percent in the next four decades.

It is estimated that this poor water management is costing the Kenyan economy almost US$ 50 million annually.

Urban slums like Kibera slum lack decent latrines. People defecate into plastic bags, which are then unceremoniously thrown out of the door. The waste is among the 2 million tons of sewage and industrial or agricultural waste that ends up in rivers and streams each day in Nairobi. 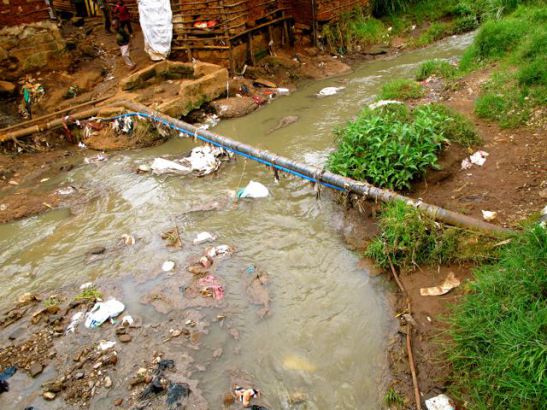 Kibera-Laini Saba District officer Mr. Hesbon Kayetsi says the government is in the process of constructing 50 ablution toilet blocks to curb the flying toilets menace.   But Umande Trust CEO Josiah Omotto says ablution toilet offloaded to the rivers, since Kibera has no adequate sewer.  He proposes construction of bio digester toilets, because the sludge has extra value, and contributes to the green economy.

“I have lived here in Kibera for 12 years, it is only two years ago this tap was constructed,” Beatrice Opanga says pointing at the communal tap. “Before, people were selling clean water for Ksh. 20 per 20 litre bucket, a price most of us could not afford, it was too expensive. But even now, there are many of us who do not find clean water every day, and so many are sick.”

According to the UNEP report, more than half of the world’s hospital beds are occupied by people struggling with illnesses linked to contaminated water.

“It may seem like an overwhelming challenge but there are enough solutions where human ingenuity allied to technology and investments in nature’s purification systems such as wetlands, forests, and mangroves can deliver clean water for a healthy world,” said Mr Steiner.

But, the UN added, just $20 million could pay for drip-irrigation and tread pumps to draw water from wells, which could lift 100 million poor farming families out of extreme poverty.