From 2006 to 2008, they pictured changes in nature during four seasons and spent ten months on the field. The film starts with view of frozen landscape Plitvice Lakes, UNESCO heritage site, famous on huge waterfalls and mosaic of numerous crystal water lakes. Sasse and Kuttler captured morning wakening of linx, bears with youngsters, vultures and many birds and fish species.

"Idyllic villages in the Lonjsko-Polje-Park like Čigoć with their beautiful wooden houses have a very unique atmosphere. Especially in spring and summer when the storks are breeding. People are working in their gardens and above them you have all the storks in their nest. Or a tractor is driving on the road and 5 meters next to it a stork is slowly walking by looking for food: during my filming time in this region I got the impression of a very intact togetherness of people and nature. In every region where I was filming and staying for some days people were greeting me. I felt being welcomed and very comfortable.", told me Hans-Peter Kuttler, one of the authors. 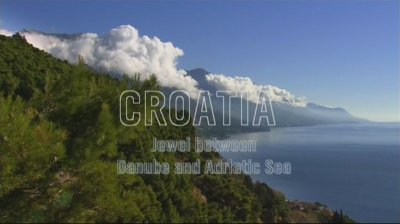 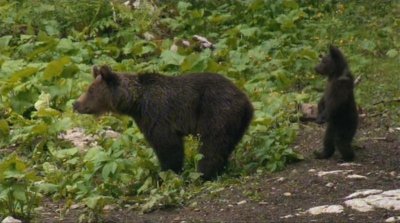 National Croatian Television (HRT) considered buying copyrights for broadcasting the documentary, but still Croatian audience will not watch it on their small screens. Spokeperson Ana Sršen told me that ex-management of HRT decided to invest rather in domestic documentary production then in buying NDR film. "It will be considered if the film will be broadcasted, but there is no decision yet.", told Sršen.

Relevant Croatian institutions claim the country has one of the richest bidoversity in Europe. According to government Nature Protection Directorate number of known species is 38 thousands, while presumption is that the number varies between 50 and 100 thousands. Biodiversity is the consequence of special geographical location - at the borders of different biogeographical regions characterized with different ecological, climatological and geomorphological conditions. National Institute for Nature Protection highlights that rare mammals still live in Croatia - linx, bear and wolf, numerous amphibia and reptiles, more than 65 percent of all fish species in the Mediterranean and more than 230 birds species, which is almost half of Europe's number of birds species.

All of this resulted by proclaming 47 per cent of land and 39 per cent of sea territory part of national ecological network, according to Europe directives, a network of protected areas.

The film with German language naration is available at the NDR website in normal and high quality video - http://www.ardmediathek.de/ard/servlet/content/3517136?documentId=3.... ###

Kruno Kartus, (this is shorter version of the article published in Croatian daily Tportal.hr)